Seattle Vintage Furniture by the Decade 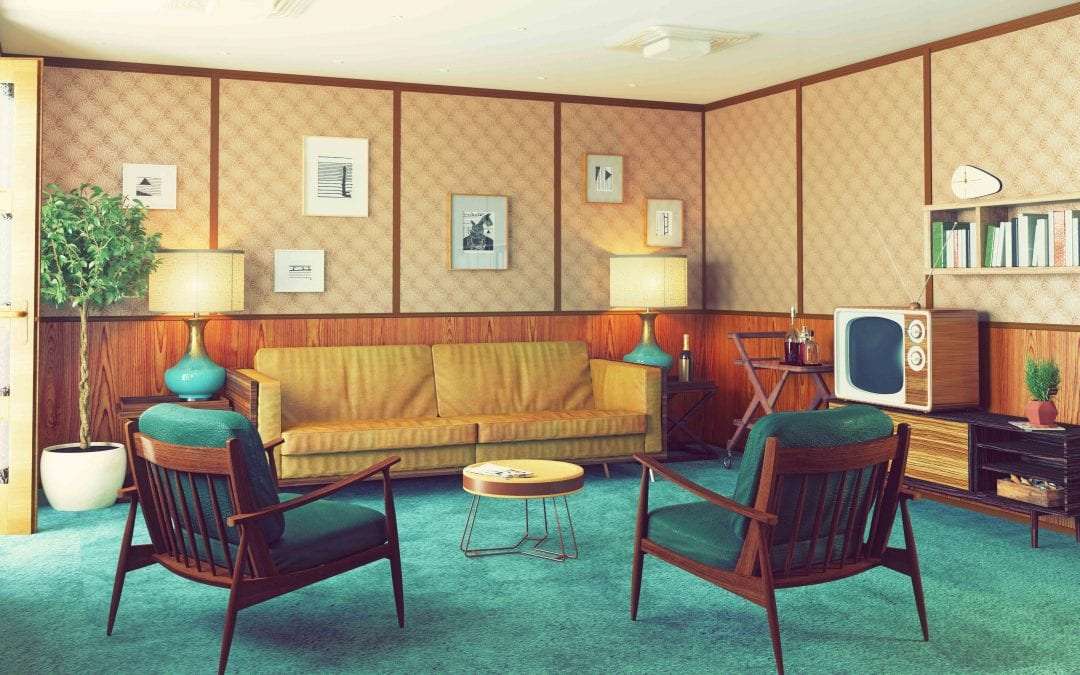 The Arts and Crafts style was represented from 1880-1910. According to Invaluable.com, this style began in Japan, traveled to Europe, and eventually made its way to the United States. This era featured hand-crafted, wood pieces focused on a balance of form and function. The furniture was often crafted out of oak and featured copper hardware with natural-looking, inlaid accents. A couple of prominent designers of this era were The Stickley Brothers and Frank Lloyd Wright.

As the machine era emerged, so did the Art Deco design of furniture from 1925-1940’s. During this period, furniture moved away from the swooping curvature exemplified during the Art Nouveau period and moved toward geometric designs. Furniture from this era can be identified by rectangle, sphere, chevron, and sunburst motifs arranged in geometric patterns. Materials mimic the changes of the times, as aluminum, stainless steel and chrome became prominent. In terms of finishes, stained glass, inlaid designs, and high gloss finishes were also noteworthy.

Around 1933 Mid Century Modern design came onto the furniture design scene in the United States and continued through 1965. The furniture made during this period is identified by its natural form with a modern twist. Function became paramount, as heavy upholstery and detailed inlays became a thing of the past and minimalist natural wood designs with durable upholstery emerged. Designs by George Nelson and Charles and Ray Eames became sought after during this period and still are today.

Following the influence of Mid Century Modern design, came Minimalist furniture in the 1960s. These pieces featured function and form, over aesthetic details, just as the name suggests. This era is exemplified by neutral surfaces, industrial materials, and the use of balanced, geometric forms. Often these pieces are low profile, with a monochromatic color pallet. In terms of materials, metals, lacquers, and glass became prominent. Designers who stood out during this era are Donald Judd and Robert Morris.

If you are selling vintage furniture of your own or are looking to liquidate an estate that has vintage pieces, it is recommended that you work with an Accredited Appraisal expert. Although many pieces can be identified based on their aesthetic, an expert will help you determine the proper era, the designer, the demand for that type of furniture in today’s market, and ultimately the value.

Schedule a Consultation with an Appraisal Expert